Just keep thinking about Michael Kors handbags. Seems like I see them all the time now, But I don’t have one yet. Example 1, when my family was vacationing in Florida at the end of July this year, I I saw that my sister-in-law and her Mom were carrying the same Michael Kors satchel(I think it is a satchel). Shoulder strap with the MK pattern and the black or is it a grayish color. My sister-in-law informed me that her Mom had bought them the same exact handbag. Alright Momma, you got real good taste.

Example 2, at our family picnic in August, my niece came in and she had a black crossbody bag. I noticed it as soon as she passed me. Then I turn around and my cousin had the same black crossbody bag. I was thinking “What the heck?”  What is going on with all the Michael Kors bags. Trying not to be jealous. I need  to get some kind of MK bag, especially since on my Pinterest board “thebaggXchange” I have so many pins of Michael Kors handbags, Maybe I’ll get lucky and find a really nice one for my birthday this year. So until next time, Bagg Brigade, I’ll start seriously looking for my own Michael Kors handbag. A tote probably. That’s my thing. Wish me luck ya’ll! 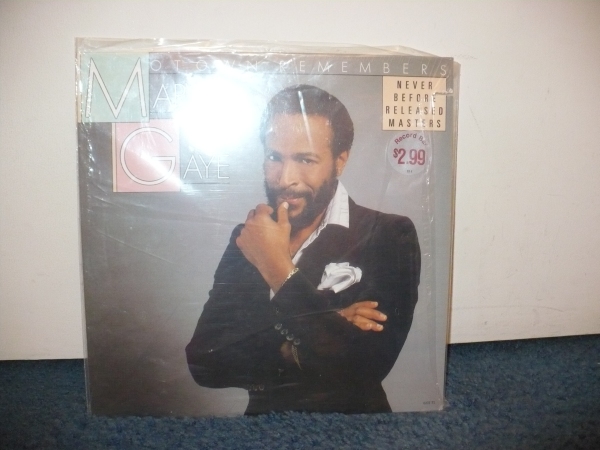 This is for my new blog. The Record Store1 is selling this rare, never before released music by Mr. Gaye.

Hey Bagg Brigade! I know it’s been slow. I need some conversation. I am going around here and trying to put some things together. and hoping I have given something you guys maybe interested in. I’m not getting any feedback. Still waiting.  While I am working on projects, I am going out and find me another handbag. Since I don’t know if you are interested in what I am attempting to do, I will look for what in for the new season. I need a new bag anyway. Always need another handbag.

While working on my projects, I want to start a new blog or two. I still have many ideas in my big head and I do believe I need to write them out. Trying to do handbags and headwraps and eyeglass cases. These are only half done projects. That’s what a procrastinator does, or at least that how I am. Now I have a plan to sell music. I have a collection of Old school music on vinyl. Yes, I am planning to have a blog to let you know what I have. Probably a lot you may not have even seen before. Anyway, the blog is titled A Record Store1. Please just look out for it. It should be started really soon. Hopefully you will want to purchase something from the upcoming website. Thanks for being patient Bagg Brigade and have a great weak.

Alright Bagg Brigade! Tell me what this looks like. What could this be? Still trying to decide on what to do with this.

Just picked up the new issue of InStyle magazine. Lots of handbags and shoes and boots and trends for fall. It’s a Special Fall issue and it is as thick as a telephone book. I know this magazine will take me some time to read, so until next time, I will fantasize about a few of these bags.

Hey Bagg Brigade! How’s it going? Just got my new issue of Essence magazine. Don’t have a digital version yet. Anyway, Viola looks great on the cover! I flipped through her interview(going to read it later). I also stopped on the page that Steve Harvey’s twin daughters reported on. They featured a collection of fall fashion trends with prints. Bold looks in jewelry and animal prints. And then I saw them – HANDBAGS! Colors, patterns, and other embellishments and a variety of colors and price points. Until next time, more photos of my crafts/projects coming.

This is my work in progress. An accessory that I would like to add to my headwear plans.

Hey Bagg Brigade! How is your September going? Well, I just wanted to remind you of the variety of classes on Craftsy.com. Some classes are discounted and some are free. The free mini classes, for example are handbag making. There are two classes titled “Bag Making Basics”. Yea, these are the free ones. The instructor is Kristen Link and she teaches students how to make a drawstring bag and a bucket bag in one class and how to make a zipper pouch and a reversible tote in another class. I signed up for those. Another class I believe I posted about before is the class taught by Don Morin. His class is titled ” Making Leather Bags”. This class is $19.99. There are many classes that are $19.99. Other classes are as follows: “Sew Ready – Machine Basics” and the instructor is Amy Alan. And  another basic class is “40 Techniques Every Sewer Should Know”. Also $19.99 I really like the cost of these classes. But I am sure many of you already have the basics down. I guess I’m the only one who doesn’t know how to sew. I don’t know how much a serger does, but Amy Alan is the instructor for “Beginner Serging” yep, $19.99. The Craftsy site is so great. I think it is now one of my favorite sites because I will probably go to it just to see what is new. And until next time, I’ll have finished more projects and hopefully uploaded them so you can see how far I’ve come. Don’t laugh. I forgot to mention “Design you Own Handbag” with Brett Bere.

Part of my passion. 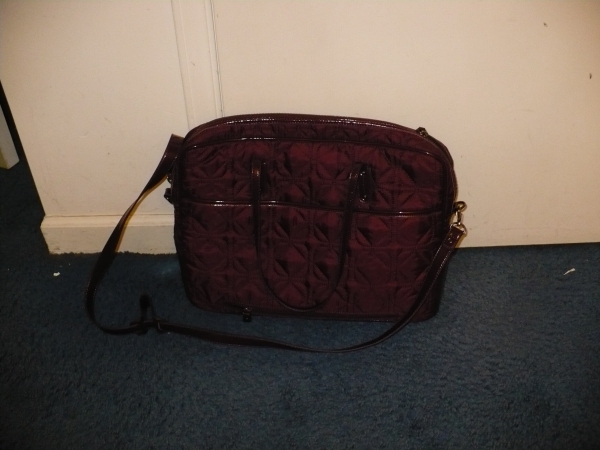